We are fighting for a West and Southwest Philadelphia where all of us have what we need to thrive. We see developers turning public schools into expensive condos, police and private-prison profiteers targeting and profiling our youth, and neglect of our public spaces and roads. We are building a movement to ensure that those in power are accountable to us—the people.

In his first term as State Representative in the 188th District representing West and Southwest Philadelphia, Rick has fought to bring progressive values to Harrisburg and to bring resources back to our district.

Rick understands that government must be held accountable in order to truly represent the people they were elected to serve. That is why he has built broad coalitions across communities, because we must work together to ensure that the 188th is for all of us, not a place for big developers to turn a profit or private entities to take over our schools.

Growing up in poverty in the Bronx, Rick’s mother taught him that he had to fight for what he needed because no one else was going to do it for him. She taught him how to survive hardship and overcome struggle. Rick first came to the 188th district to study at the University of Pennsylvania, where he co-founded a campus group for mixed-race students. Upon graduation, he worked as a software engineer and taught volunteer programming classes at Huey Elementary School before it was closed down and replaced by a charter school. Rick joined Reclaim as a volunteer and then rose in leadership to become a full-time organizer, transitioning out of his engineering job to commit to community organizing.

Rick will bring the courage he inherited from his mother and his demonstrated ability to build community power into the legislature. It will take all of us fighting together to make West Philly housing affordable, to transform the criminal justice system, to make public education accessible to all, and to ensure that all of our needs are met. As an organizer, a son, an engineer, a West Philly neighbor, Rick is ready to make the office of the 188th State House Representative a hub to fight for what we deserve.

What he’s accomplished during his first term

During his first term as state representative, Rick has worked with stakeholders, allies, and partners to push back and say that another world is possible. He’s rallied and marched with students to hold his alma mater, Penn, accountable to paying PILOTS to the city of Philadelphia. He’s spoken out against the sale of the University Townhomes and worked with Councilmember Gauthier to engage advocates and organizers. And he’s built relationships with like-minded colleagues across the city, state house and senate so that we bring our collective strength together and fight for policy.

Whether it’s working with residents in Southwest to restore the trolley stop on their block, checking in on neighbors who are without heat in their apartment building, bringing $5 million dollars to our district to support our hospitals, recreation centers and libraries, or introducing legislation to protect housing for vulnerable people, he’s shown that he is willing to go above and beyond to fight for our community. 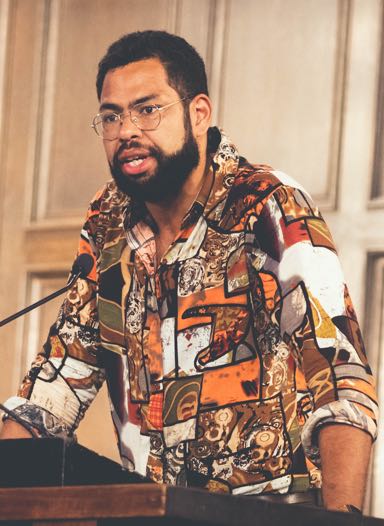